Eating mushrooms makes it easy to add important micronutrients to your diet without consuming more calories, sodium, or fat.

When you add mushrooms to your diet, you absorb numerous micronutrients, including nutrients that many people lack. 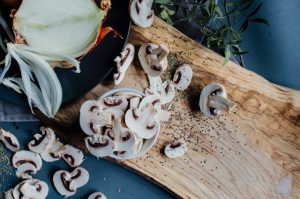 Other benefits of eating mushrooms

The addition of mushrooms to the diet results in an increase in dietary fiber, choline, niacin, copper, zinc, phosphorus, selenium and potassium. On the other hand, adding mushrooms had no effect on calories, carbohydrates, fat or sodium, according to the experts.

If people often consume mushrooms that have been irradiated with UV light, the vitamin D intake could reach the recommended daily value for the group of 9 to 18 years old as well as those over 19. This would help to reduce the undersupply of this deficient nutrient in the population.

Mushrooms are no longer just a side dish

According to experts, mushrooms have a distinctive nutrient profile that offers nutrients that are found in both plant-based and animal-based foods. Today, mushrooms are therefore no longer just used as a side dish, but also as a main course in a plant-based diet.

The mushrooms support efforts to lower the intake of calories, saturated fat and sodium while increasing the intake of under-consumed nutrients such as fiber, potassium and vitamin D, the researchers explain.